We are renovating until early May. 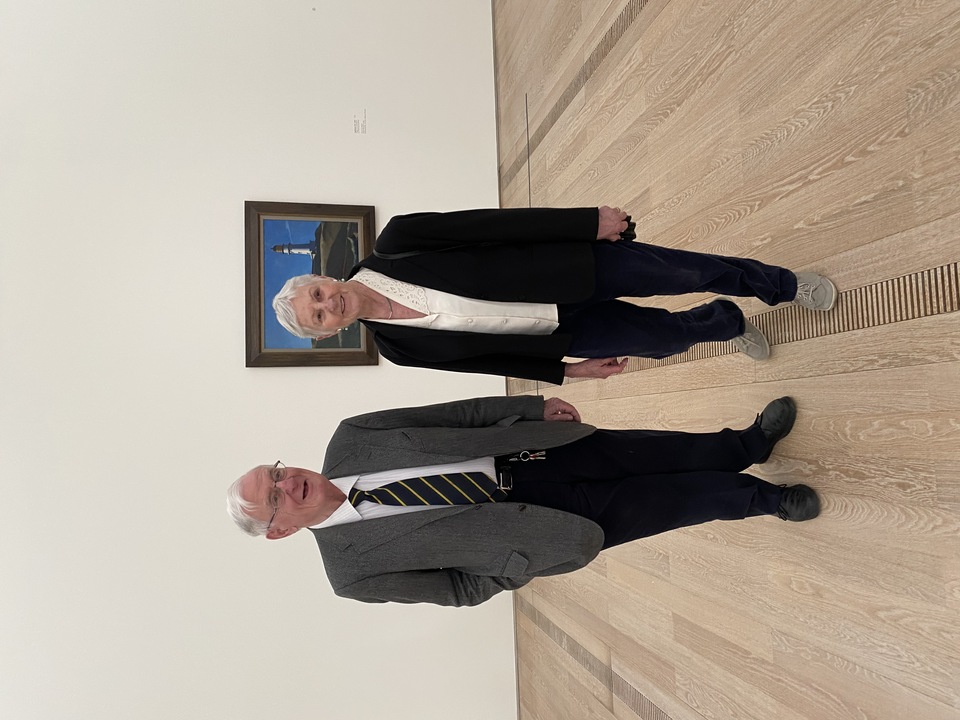 The Kulturstiftung Basel H. Geiger was founded in 2018 by the artist and philanthropist Sibylle Piermattei-Geiger (1930-2020), together with her husband Rocco Piermattei. The foundation is named after the Swiss pharmacist and entrepreneur Hermann Geiger (1870-1962), grandfather of the founder. Sibylle Piermattei-Geiger, who only became an heiress late and at an advanced age, was not simply a patron of the arts, but throughout her life an independent, unconventional, and cosmopolitan woman who embraced culture and people.

It was established to provide the City of Basel with an innovative and unique platform for art and artists. The Foundation’s aim is to create a place whit ample room for creativity and provide a space to present exhibitions, which go beyond the concepts of established institutions.

The intention is to create a cultural programme, that appeals to people without hesitation, drawing them into experiencing art in a different way each time they visit. Admission is free for all exhibitions. In addition, the Basel H. Geiger Cultural Foundation will produce an elaborate catalogue for each show, which is free of charge for visitors, hence allowing them to take a piece of each exhibition home with them.

The objective of the Kulturstiftung Basel H. Geiger is to be established alongside great museums, exhibition venues and galleries in Basel, complementing and expanding cultural life, without competing with existing institutions. The Foundation is convinced, that Basel has an enthusiastic, broad-minded, and culturally inclined public, with the ability to appreciate the Foundation's contribution to an already rich and varied cultural programme.

The life of a "Debutante" never seemed particularly desirable to Sibylle Piermattei-Geiger (1930–2020). She was born into the Bourgeoisie, but also with a great love for art, theatre and music—spiked with a good portion of courage and curiosity. As a daughter of a doctor and an artist, she often accompanied her parents to the theatre from an early age and developed a passion for opera. The talented girl received piano lessons and she seemed destined for a career as a pianist. But the young woman wanted more—she longed to be creative and at the age of 16, she was accepted at the Art School in Basel, where she enrolled in the foundation course. She went on to study and work with renowned Basel graphic artist and constructivist Rolf Rappaz, who introduces her to the world of theatre. She comes into contact with directors and costume designers and experiences the transformation of cultural establishments in the post-war period first-hand.

Even before she comes of age, she hopes to go to Paris—not just for a trip, but to live there. Her grandfather, whose name the Foundation of Sibylle and Rocco Piermattei-Geiger bears, supports the granddaughter, by providing her with a modest sum of money, enough to cover the cost of a small lodging in Saint-Germain-des-Prés. It is indeed an expression of her grandfather's trust and deep affection for his grandchild.

In Paris, she attends the school for stage and costume design and finds her true passion. It is here, where fashion and various styles as well as occurring political and social events are incorporated inter her sketches and designs. Yves Bonnat, stage designer of the Ballet Monte Carlo and the Ballet of the Champs Elysée, appoints her as his assistant. She now is a member of a group of creative artists and meets a Swiss artist, who she shares his small studio with. It is during her time there, when she meets Alberto Giacometti and, in summer on the Côte Azure, another artist, named César. However, she feels creatively oppressed by her partner in her artistic expression and leaves him in order to return to Switzerland via a few detours, before receiving the position of assistant to Gerd Richter, the stage designer of the Staatstheater in Stuttgart, Germany. With Richter, who is 30 years her senior, and with whom she is also privately associated, she now works for various theatres in Germany and Austria before finally ending the "Mésalliance" with Richter, due to family pressure and returns to Switzerland.

From Basel she moves onto the theatre in Lucerne and later on spends time in Davos due to an illness. Once recovered, Sybille travels to Rome and then on to Lugano, where she meets her first husband, a journalist. The marriage only lasts four years, but he introduces her to a number of European cinema stars of the post-war period, such as Vittorio Gassman and Yves Montand. He also helps her make acquaintance with the great dancer and choreographer Katherine Dunham, whose dance troupe she subsequently accompanies on a European tour. Divorced in the meantime, Sibylle lives in Apulia and Rome for a while. There, she starts painting herself and keeps herself afloat by working for small theatre productions. At the beginning of the 60's, she makes a debut in the film business in Milan, where she works for 20th Century Fox, amongst others, before finally returning to Switzerland in the 70's. During one of her regular visits to Rome, she meets her second and current husband Rocco Piermattei, a member of one of the oldest Roman families. The two move in together, open an art gallery and spend their summers in Tuscany, where they permanently move to, after their wedding in 2000.

This is where the philanthropic commitment of Sibylle Piermattei-Geiger really begins. She inherits a fortune in 2004, following the sale of the Gaba company, founded by her grandfather, to the Colgate-Palmolive Group. With these funds, the couple establish the Fondazione Culturale Hermann Geiger in Cecina in 2009, where up to three exhibitions are held each year, with free admission and catalogue for visitors. This is because the founders and benefactors wish to give as many people as possible access to art and stimulate their interest in it. The founders regularly reside in Basel and finally decide to continue their commitment here in 2018. For this reason, the Kulturstiftung Basel H. Geiger is established in 2019 with its headquarters in the heart of Basel.