We are renovating until early May.

We are renovating and look forward to seeing you soon. 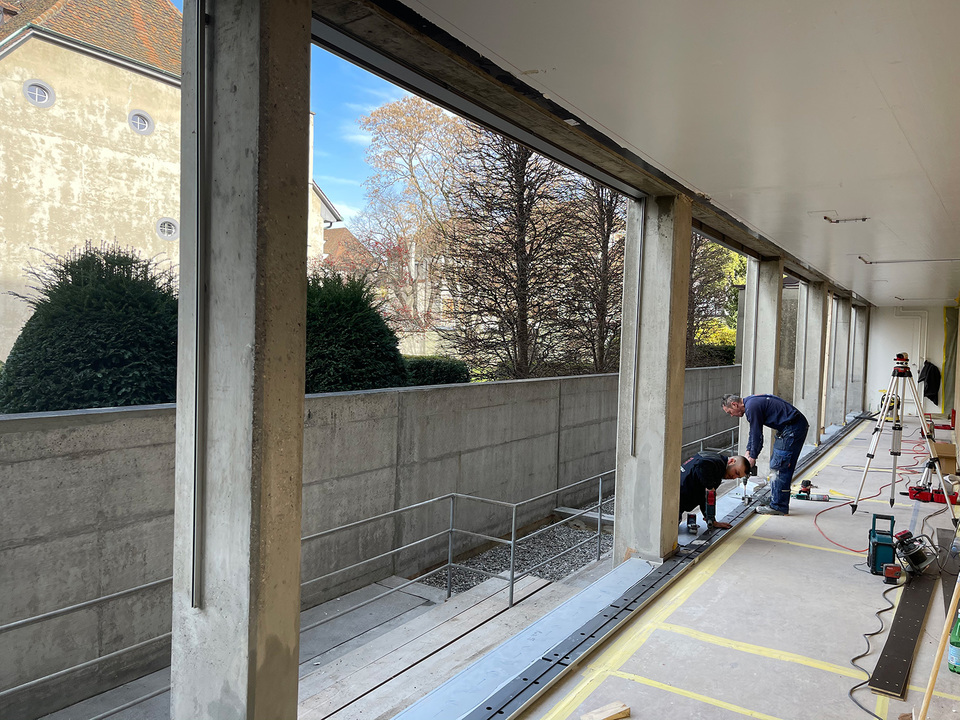 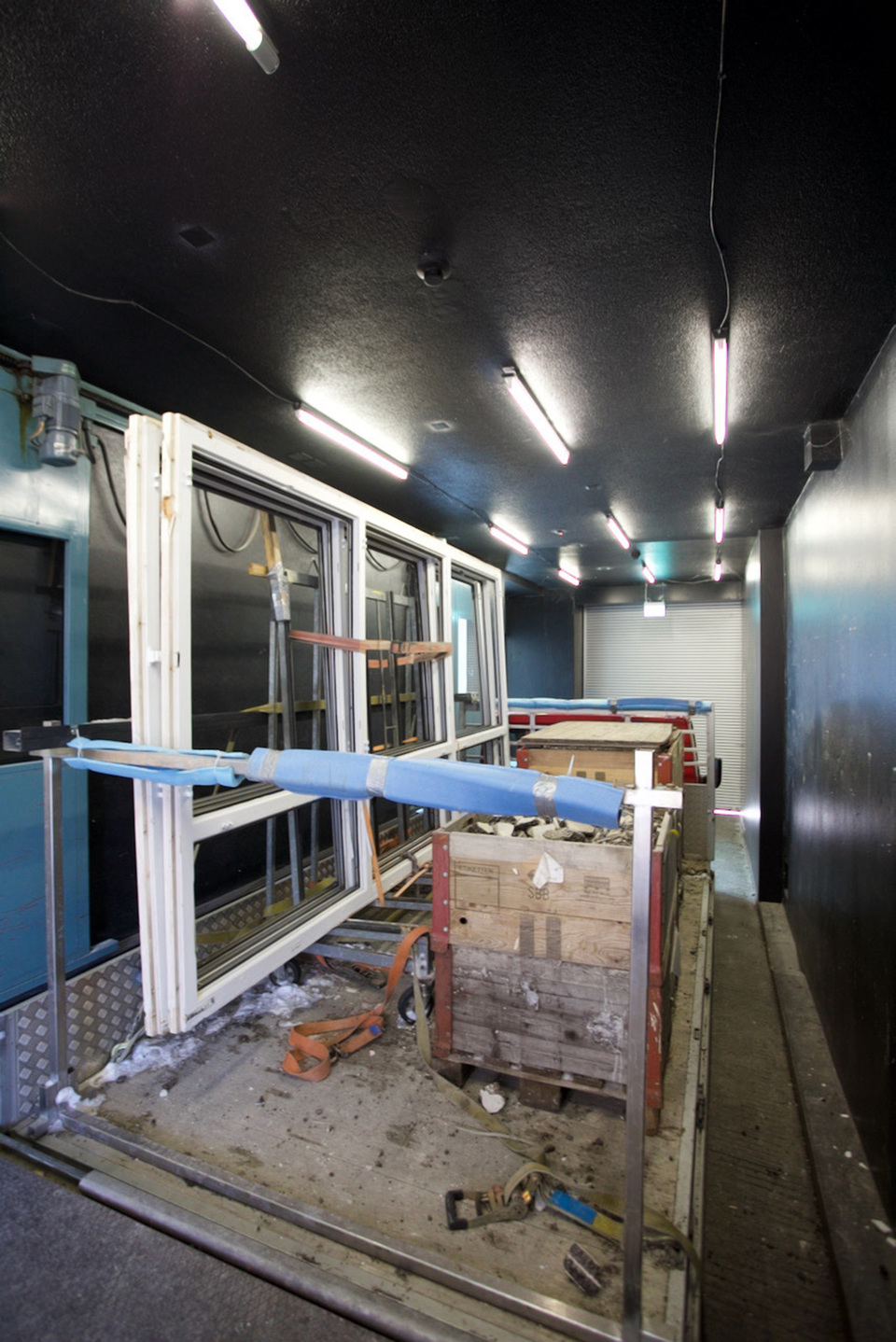 An art and installation project by Klaus Littmann

Klaus Littmann's show in the KBH.G exhibition space reflects on the multifaceted artistic engagement with nature. There will be around 75 artworks by 45 artists on display. They include swiss and Diday's student Alexandre Calame as well as the German landscape painter Christian Friedrich Gille, whose paintings illustrate how the tree transformed from a mere backdrop subject to the main protagonist in the 19th century. The main focus of the exhibition however, is given to artworks of the 20th century, where the tree is present in a great variety of artistic representations. 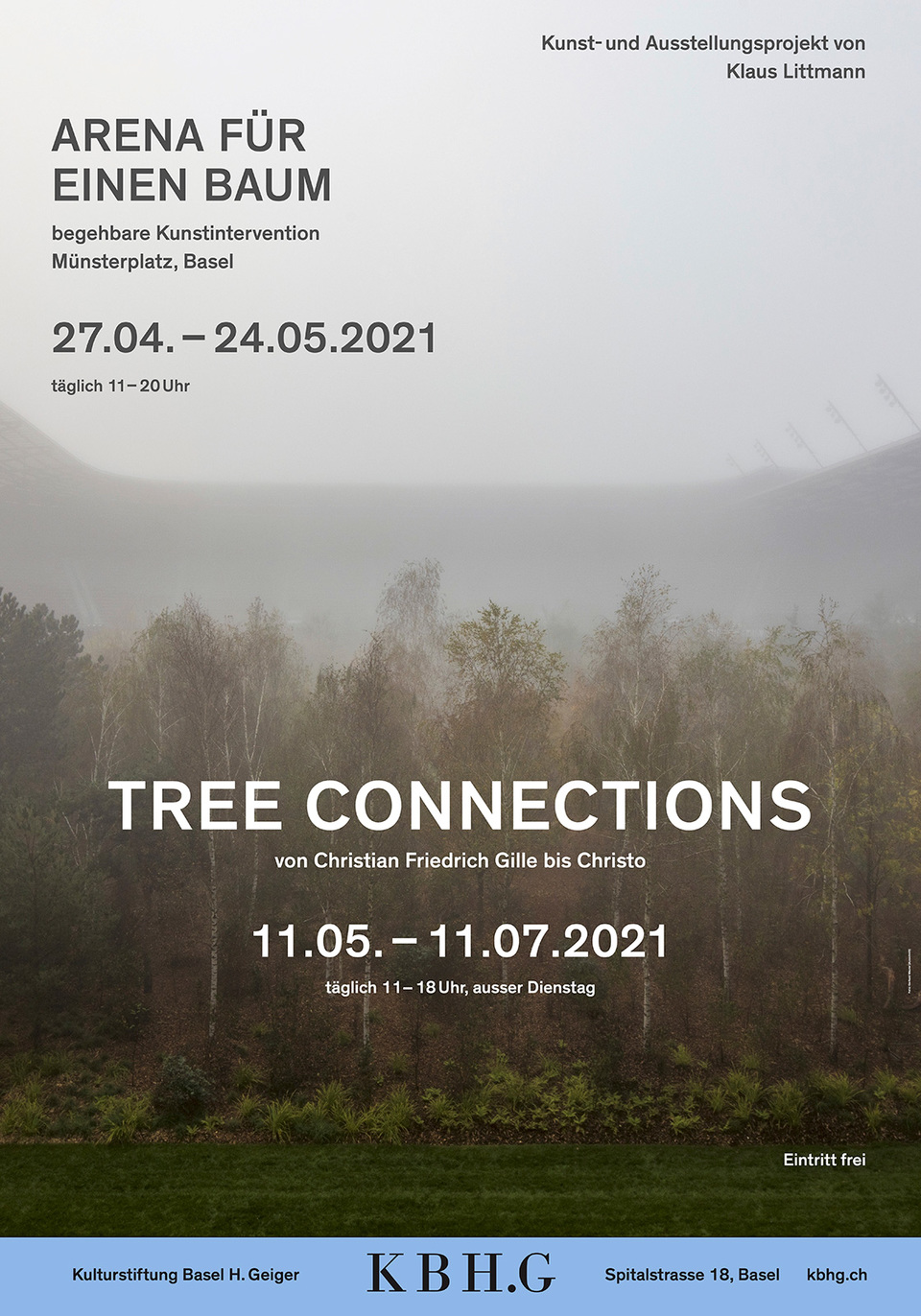 The 'Arena for a Tree' – both visually and spatially transparent to the in-and outside – provides a seat for 50 visitors with an unhindered view of the main player in the centre. "Nature is an epic work of art itself, so why not dedicate a small one to it"? This is the manner in which Klaus Littmann explains the intention behind his installation around a solitary tree, which visitors and passers-by can access daily from 11am to 8pm and let it take effect on them. 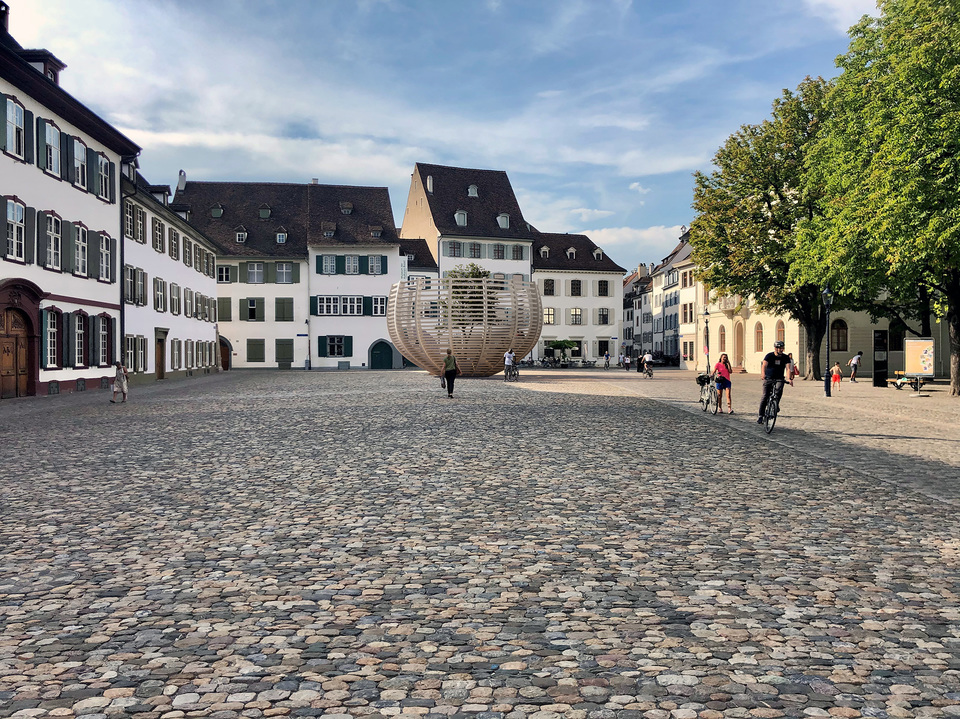 Pablo Picasso – His Posters marks the first of a series of exhibitions presented by the Kulturstiftung Basel H. Geiger, featuring Basel's private collections. It is kicked off by the unique collection of Basel Gallery Owner, Werner Röthlisberger, whose passion is poster art. There are a total of 55 original posters by Pablo Picasso of a total of 250 from Röthlisberger's collection on display - in its completeness, one of only two collections in the world. 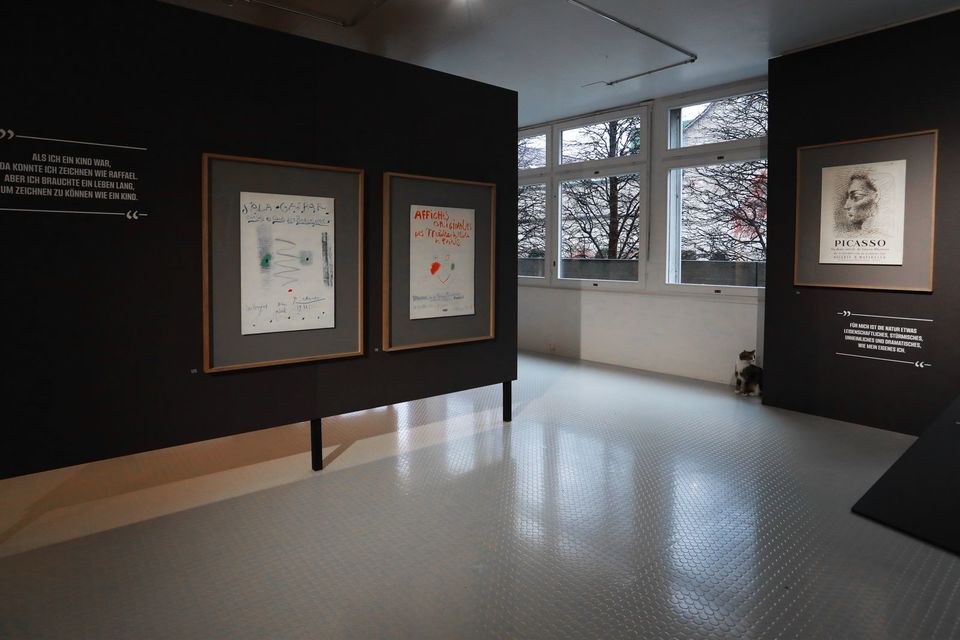 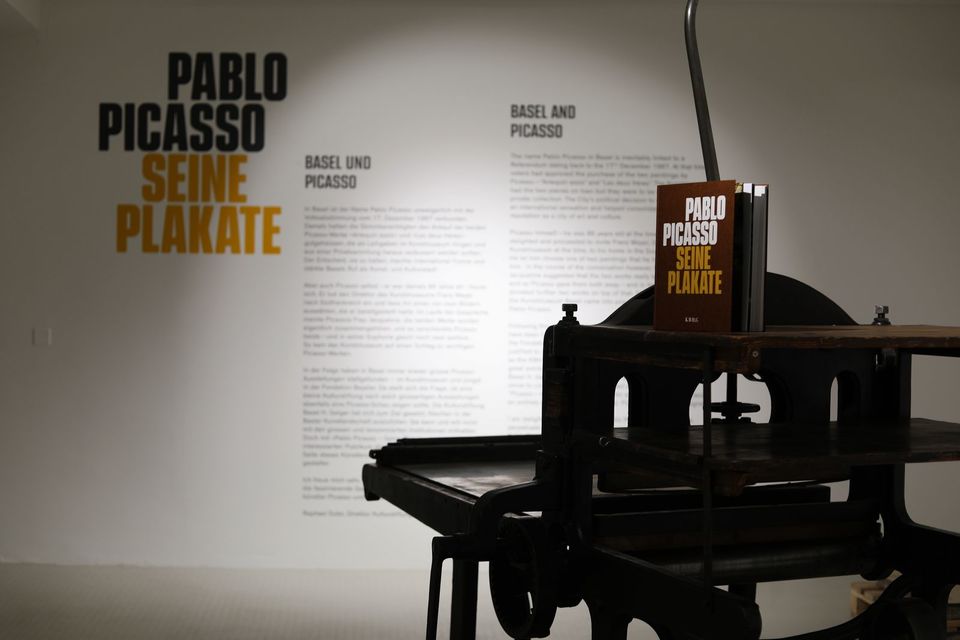 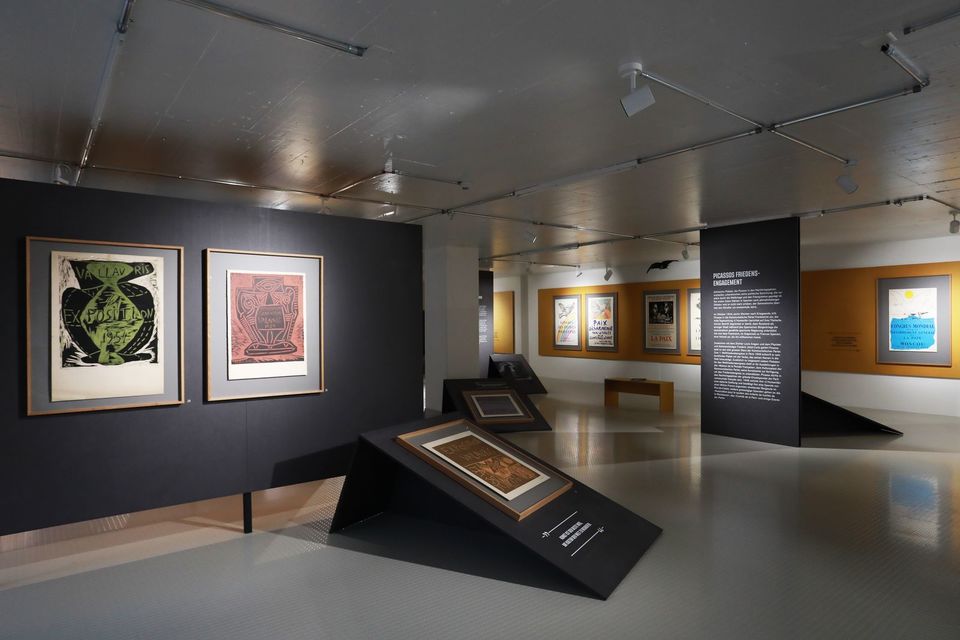 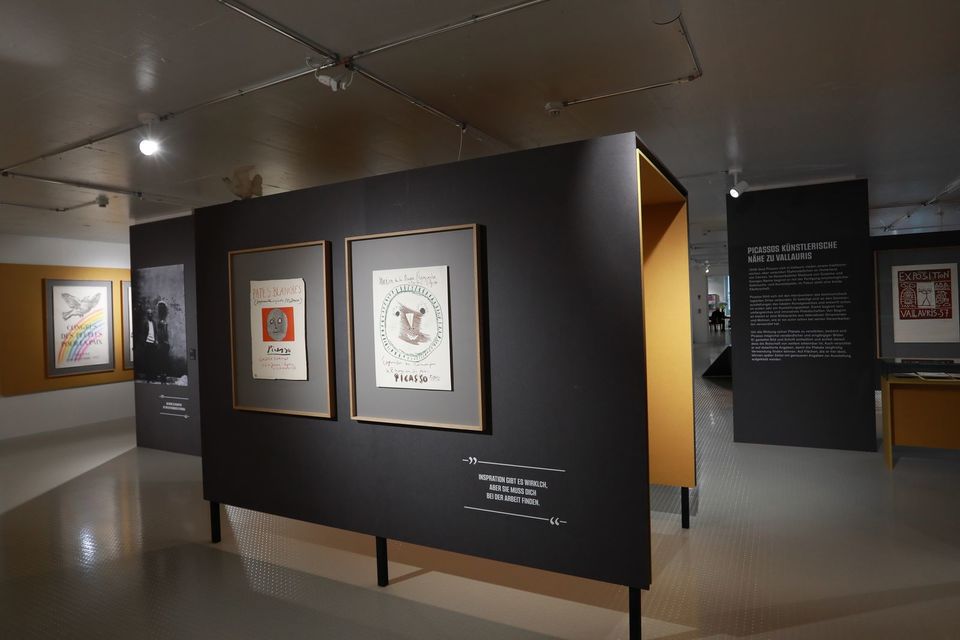 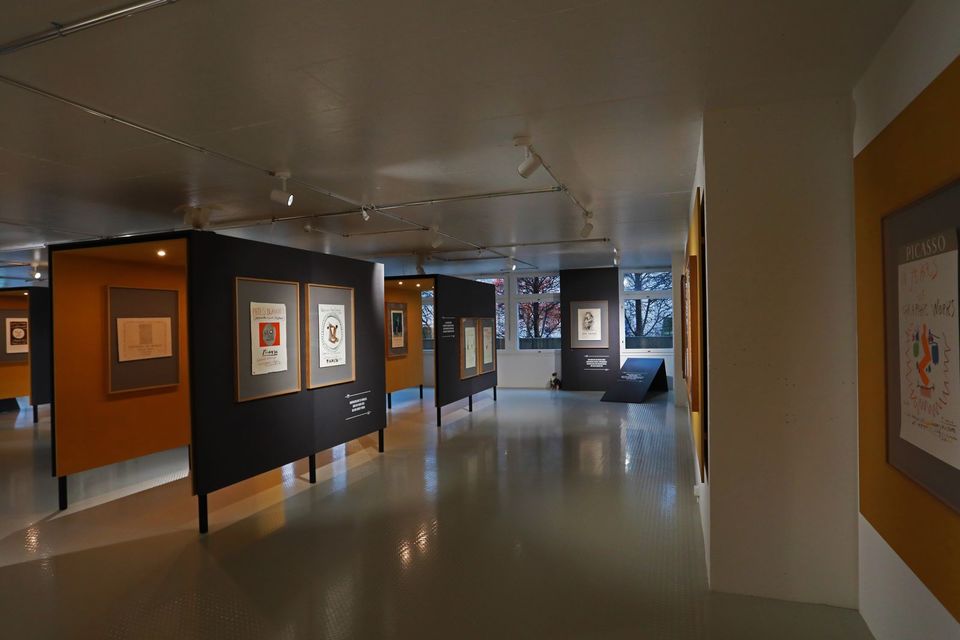 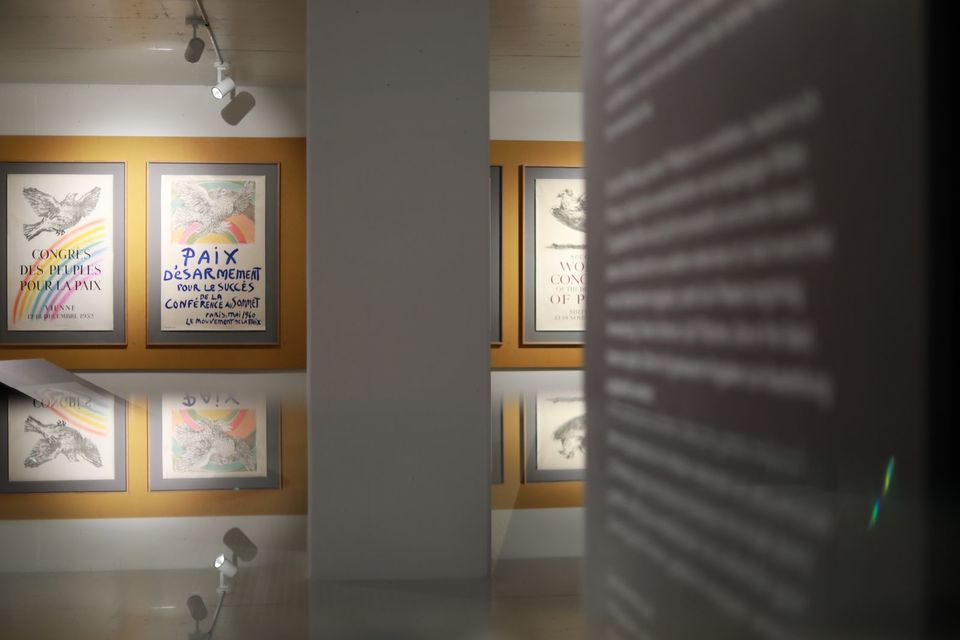 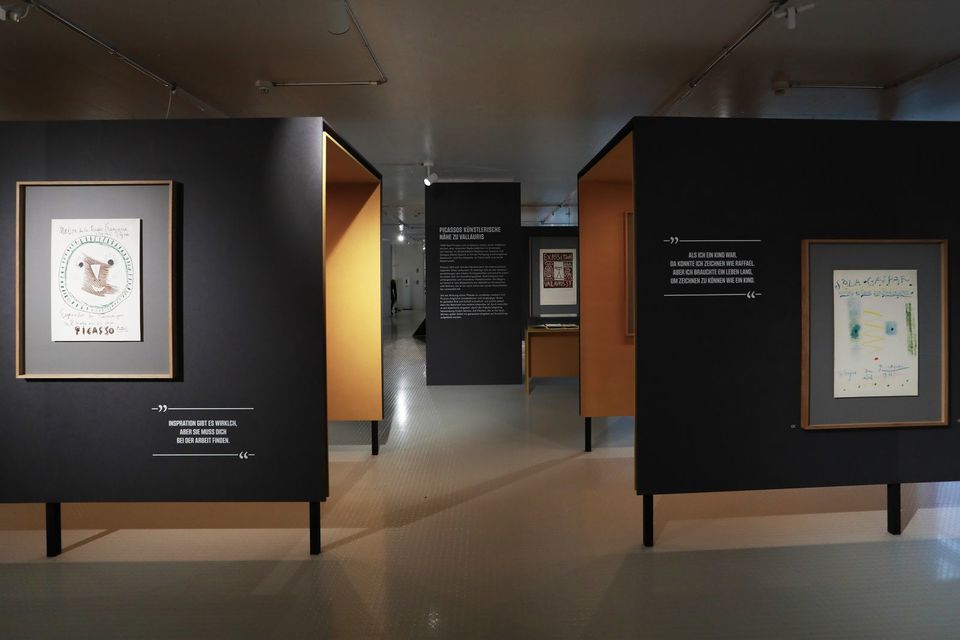 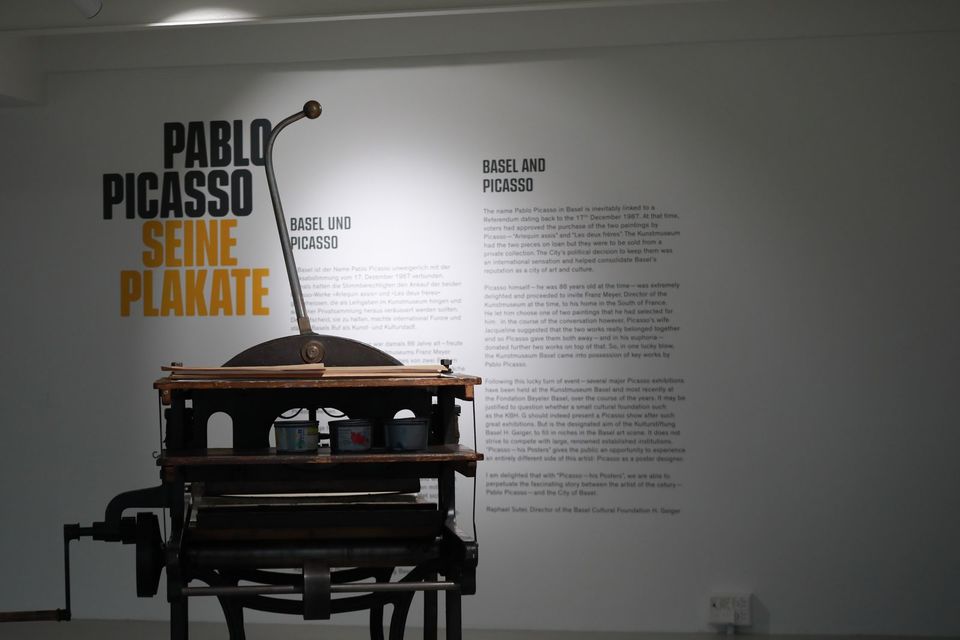 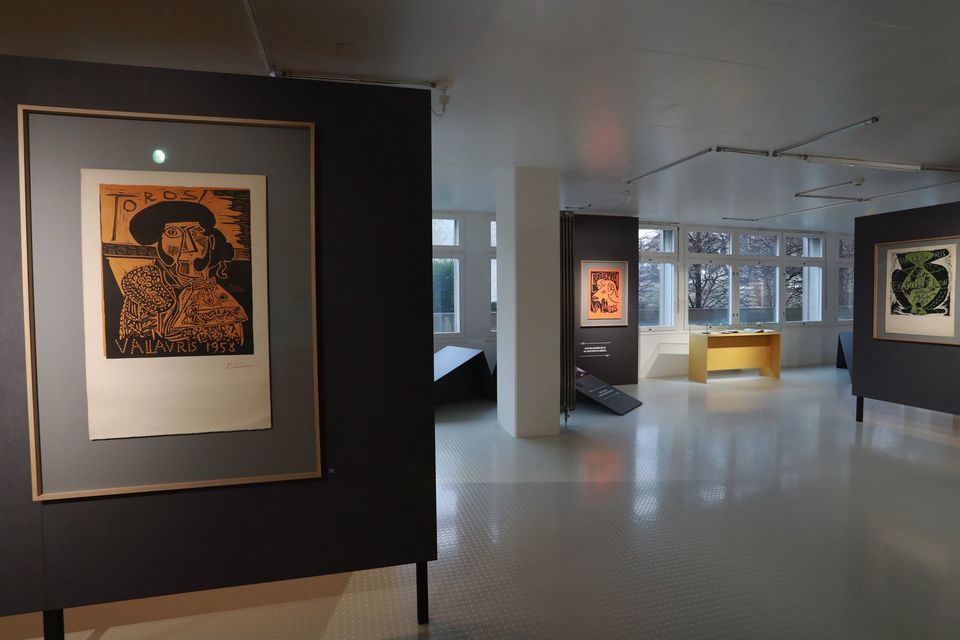 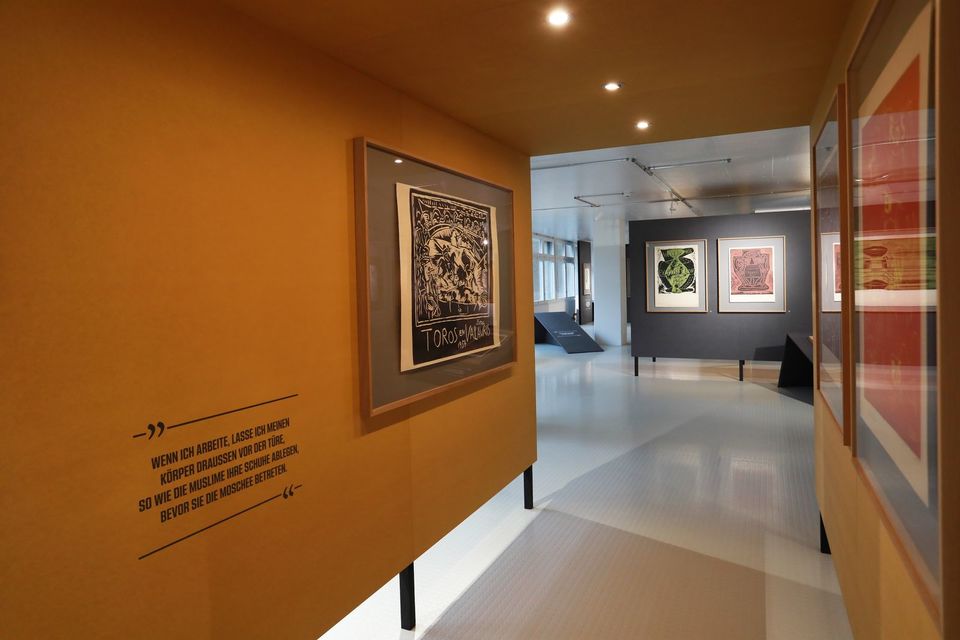 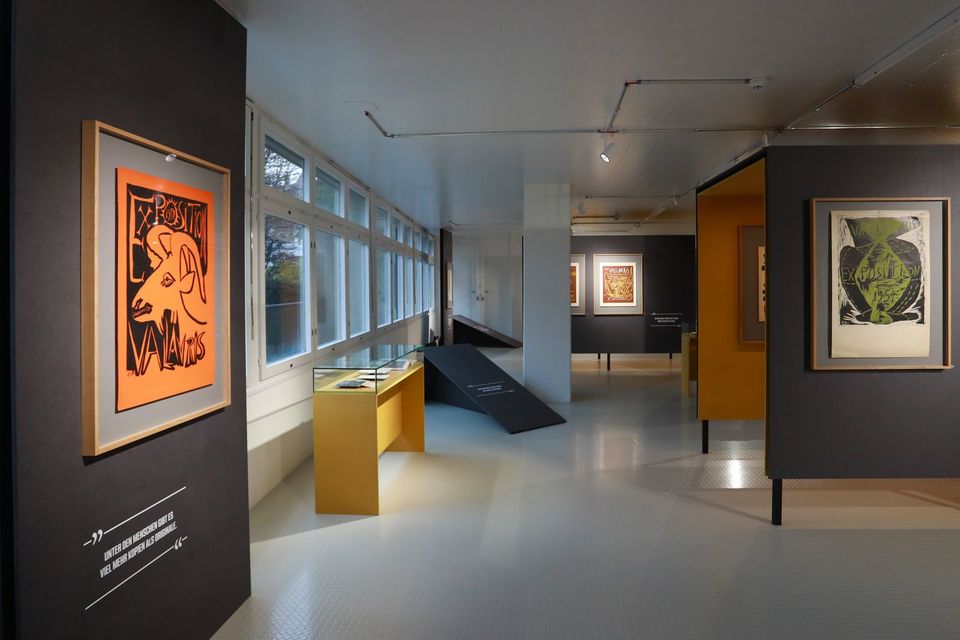 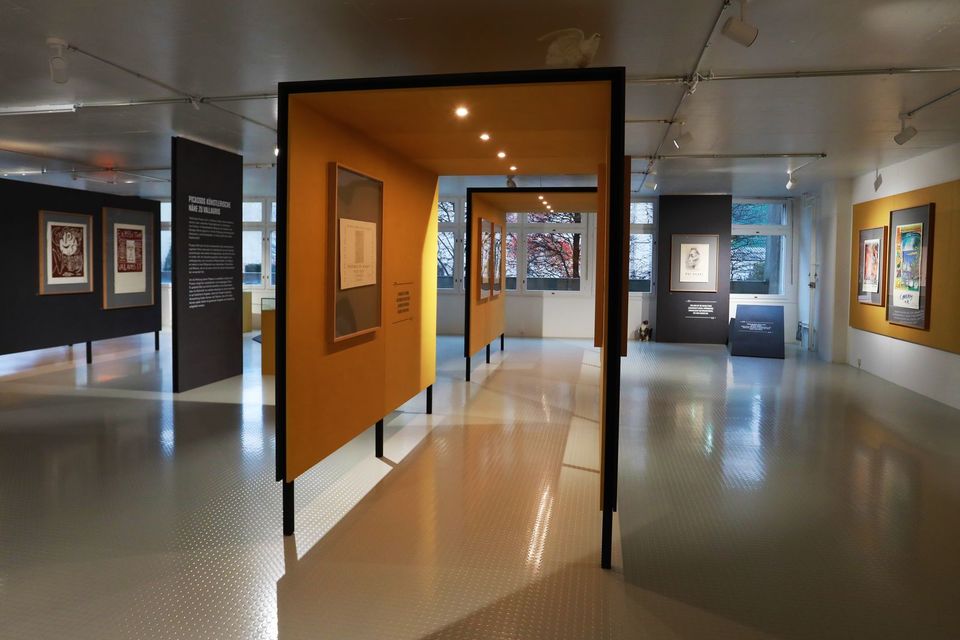 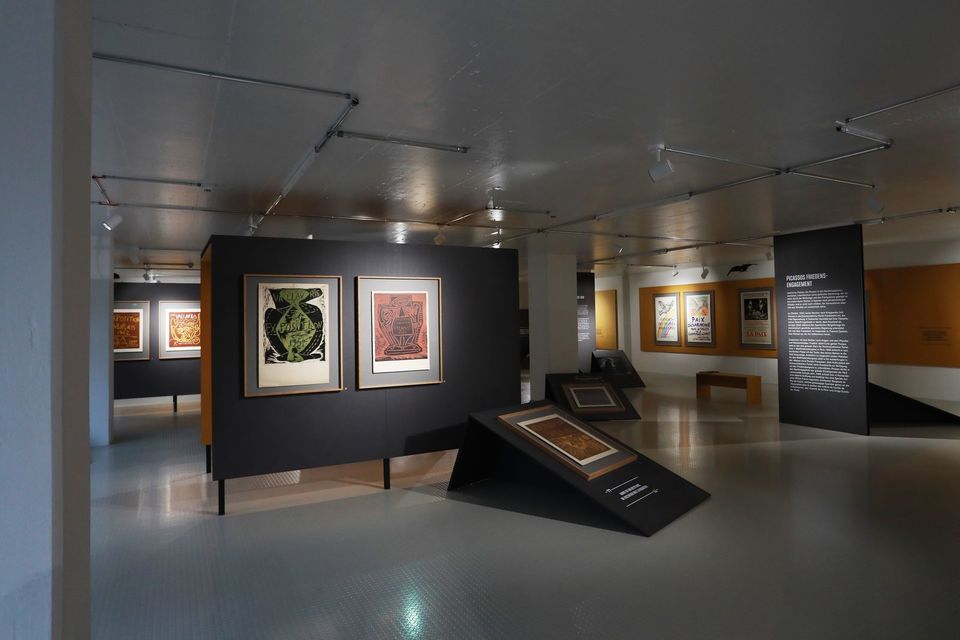 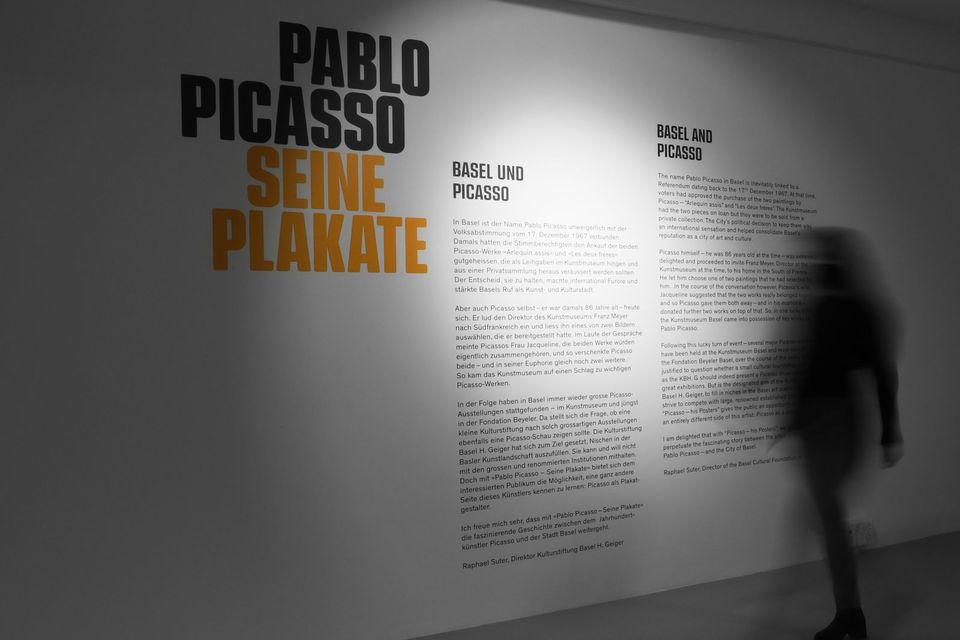 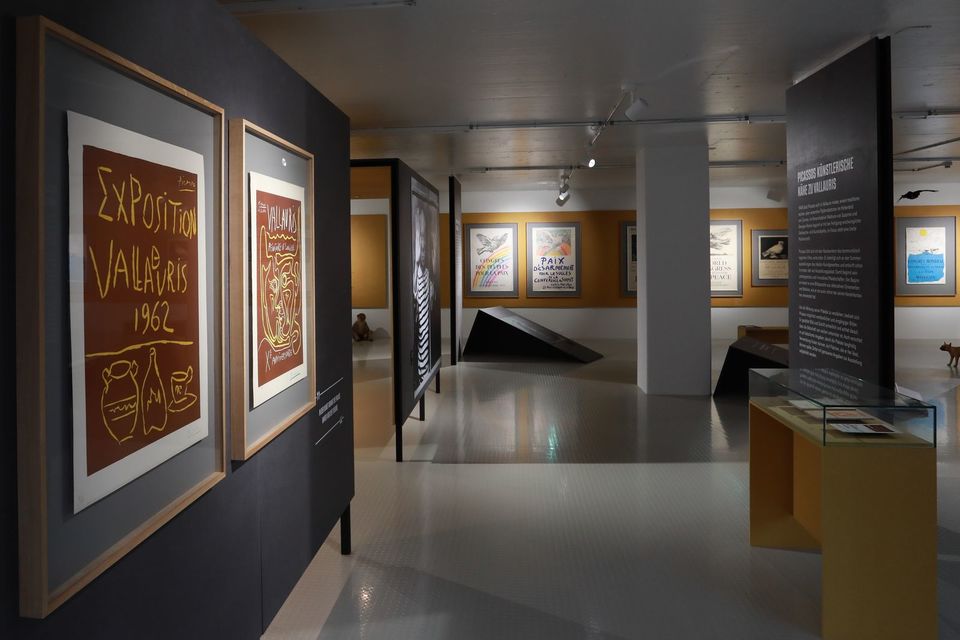 Picasso's Poster Art in four focal Points
The exhibition is thematically divided into four focal points: The tour begins with posters from Vallauris, the impoverished pottery town near Cannes, where Picasso lived and worked for many years. From his very first year of being there, he participated in summer exhibitions of the local arts and crafts trade and subsequently also designed their posters. Picasso's passion for bullfighting, which runs through his entire oeuvre, forms a second chapter in his poster work. Another focus is Picasso's commitment to the peace movement. Influenced by two world wars and the Franco Dictatorship, he designed the iconic poster with the white dove for the World Peace Congress in Paris in 1949. Finally, a series of exhibition posters for artist friends are on display. These, mostly small format posters, were intended for the display in cafés or bookshops etc. and feature a wide variety of motifs as well as a broad range of techniques and colours.

The Art of Printing in the Exhibition Space
Visitors will be able to gain first hand experience on the art of printing from January 2021. On four Saturdays, a final colour of the exhibition poster, designed by well-known Basel artist Samuel Buri, will be applied on site on a total of 20 lithographic presses. These very special posters may then be purchased for a price of CHF 200. The proceeds from this sale will go entirely to the Professional Association of Visual Artists in Switzerland, VISARTE.

“One month after being known in that island”, which was commissioned by the Caribbean Art Initiative (CAI), is the inaugural exhibition in the newly opened space of the Kulturstiftung Basel H. Geiger in central Basel. Founded in 2019, the CAI connects and collaborates with creative individuals and groups around the world to raise awareness about the rich and diverse Caribbean artistic and cultural scene.

The curatorial team of Yina Jiménez Suriel and Pablo Guardiola were chosen through an open-call process limited to curators living or born in the Caribbean region who are actively working with Caribbean art and artists. The exhibition has allowed them to share their vision of the Caribbean and present this complex and rich artistic landscape to a Swiss audience, in the first exhibition of its kind in the country.

Jiménez Suriel and Guardiola used the Treaty of Basel as an entry point for the exhibition, underscoring the historical link between the city of Basel and the Caribbean. Drafted in 1795, the Treaty of Basel marked the formal termination of the two-year war between the First French Republic and the Spanish monarchy. Encompassing seventeen articles, it provided for the redistribution of various regions, including granting two-thirds of what was then Hispaniola to France. Signed in the neutral territory of Basel, Switzerland, the treaty was one of numerous instances in which colonial Caribbean territory was redistributed without consideration of the peoples involved and directly affected. Echoing Édouard Glissant and Kamau Brathwaite, who used the term créolité to promote a forward-thinking and inclusive approach to the Caribbean as whole, Jiménez Suriel and Guardiola bring together artists who break with the imposed cultural expectations. Their interpretation of créolité establishes a new reference point, creating a fluid point of departure and demonstrating new possible readings and understanding of the vibrant Caribbean region. 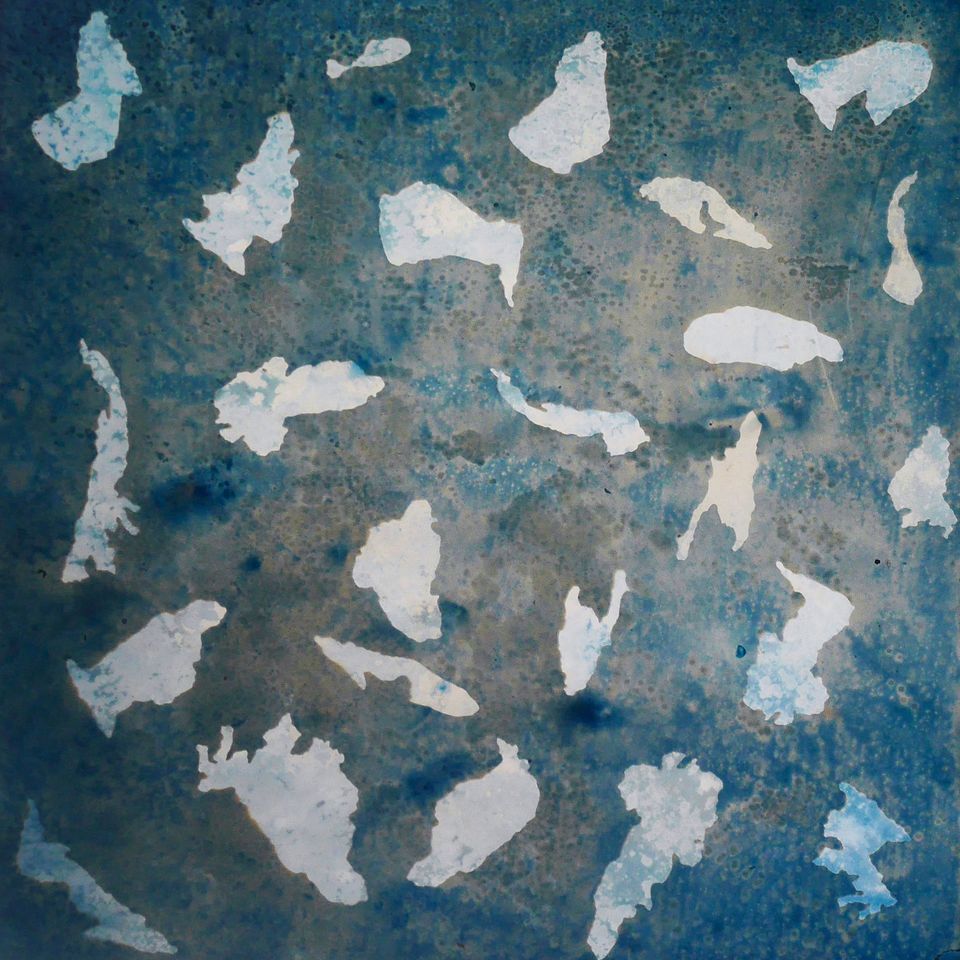 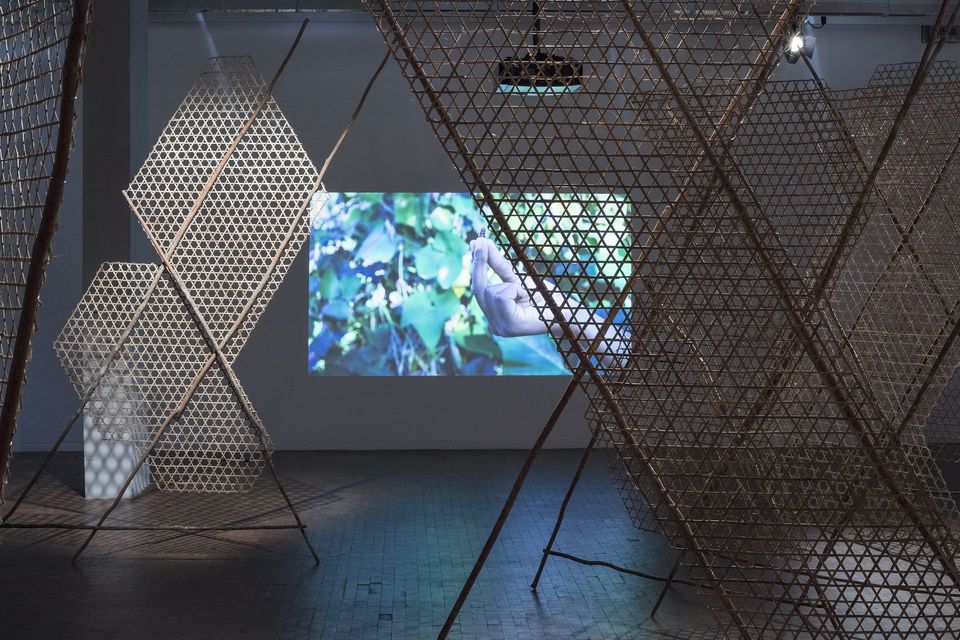 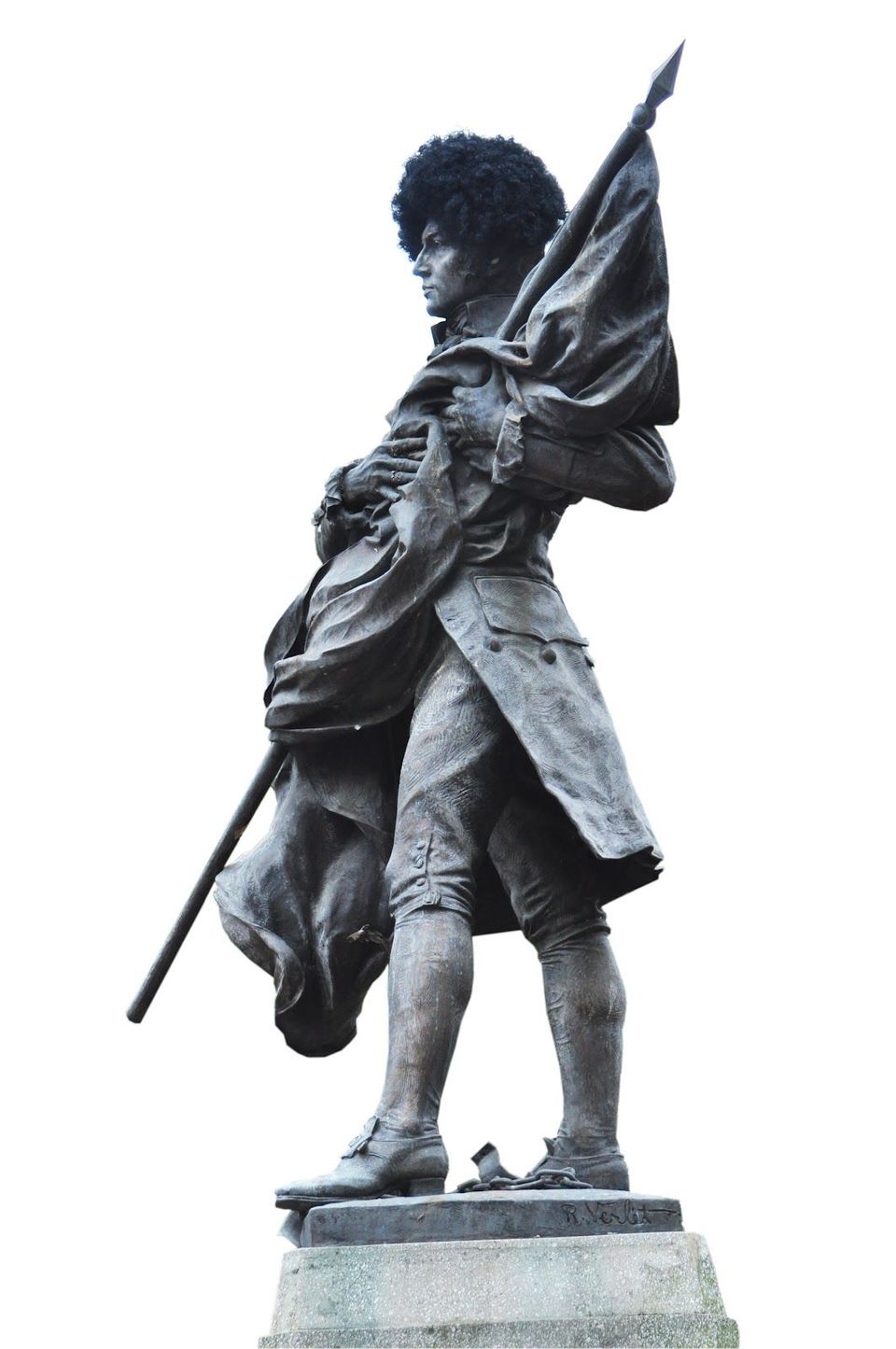 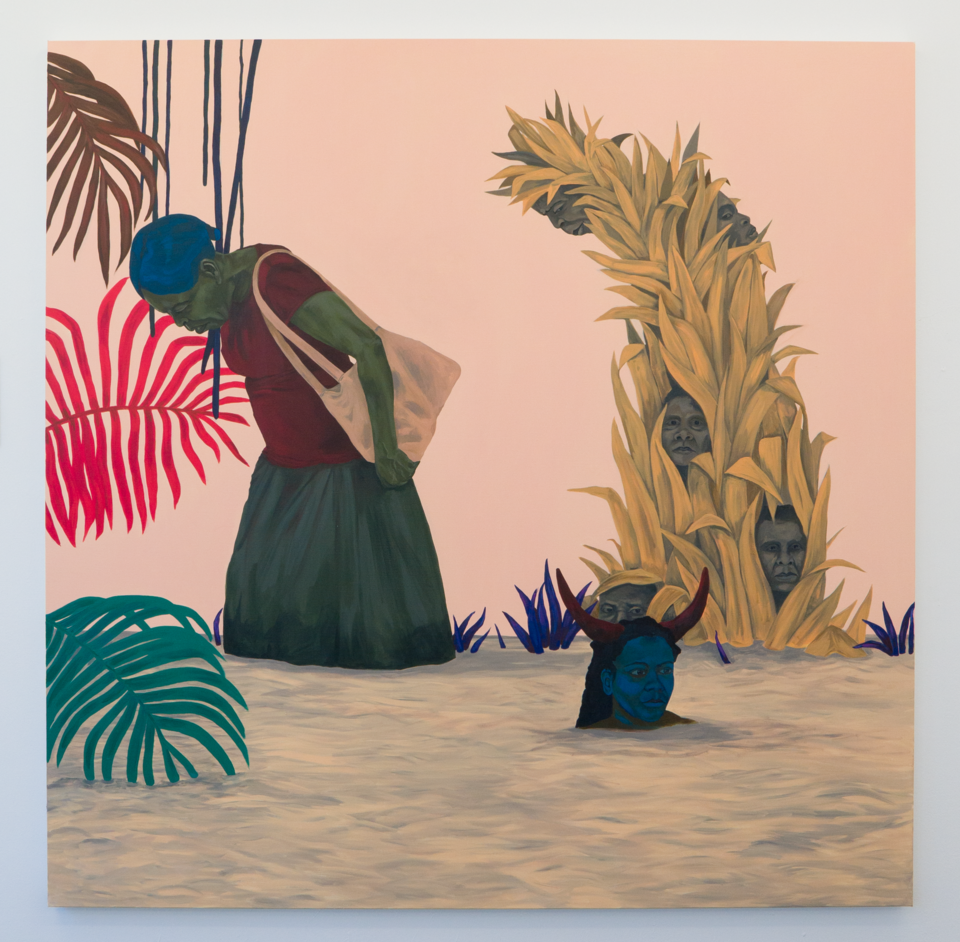 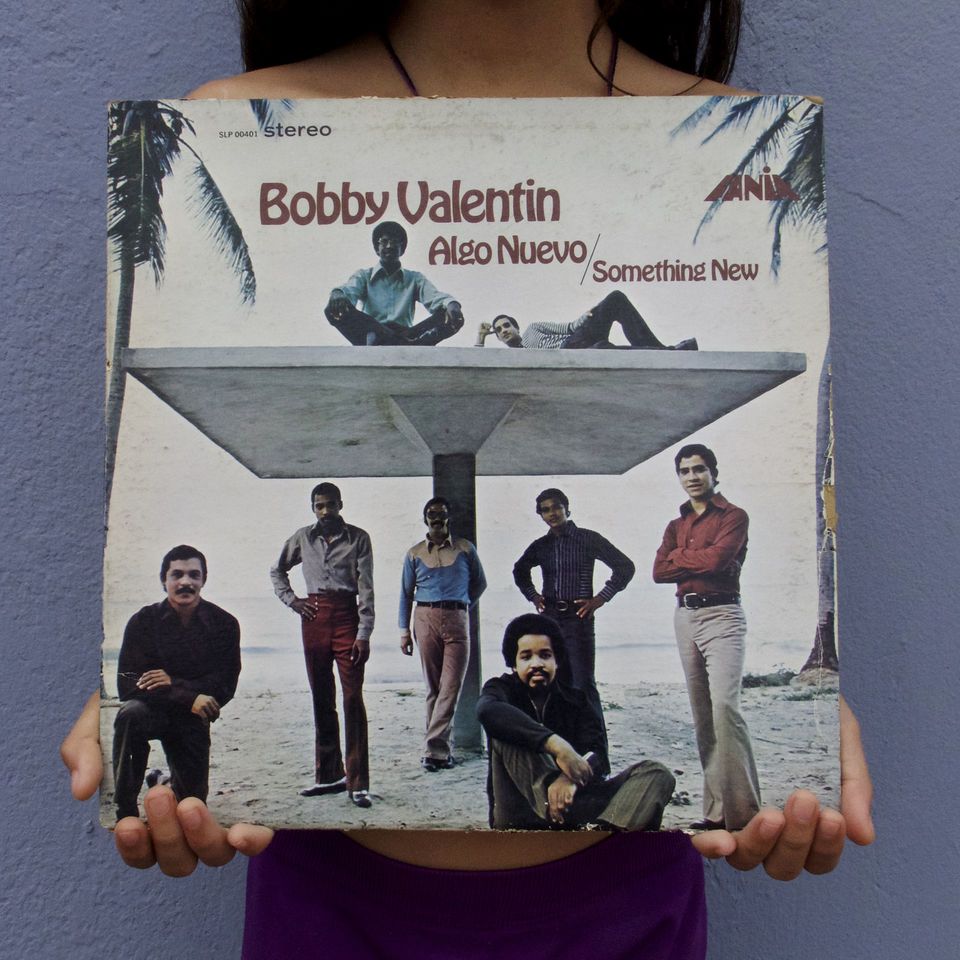 The eleven featured artistic positions, stemming from different regions in the Caribbean, illustrate how notions of cultural emancipation and the long shadow of colonial rule are being interpreted by regional and diasporic artists working today. The works included in the exhibition range from site-specific newly commissioned installations, such as Madeline Jiménez Santil’s The construction of the strange, to Ramon Miranda’s Culture Dwelling to video presentations such as Toli Toli by Minia Biabiany.

Nearly half of the featured artists took the opportunity to produce new artworks, including paintings by Tessa Mars, drawings by José Morbán and Christopher Cozier, an installation by Elisa Bergel Melo, and an audio work by Guy Régis Jr. Works by Nelson Fory Ferreira, Sharelly Emanuelson, and Tony Cruz Pabón will be having their European debut in this show.

The exhibition is accompanied by an extensive public program, including films, talks, and podcasts, as well as weekly public tours.

The dialogue between Basel and the Caribbean will extend beyond Switzerland, as the public programs will take place both in Basel and select cities in the Caribbean. Details will be announced in mid-August.